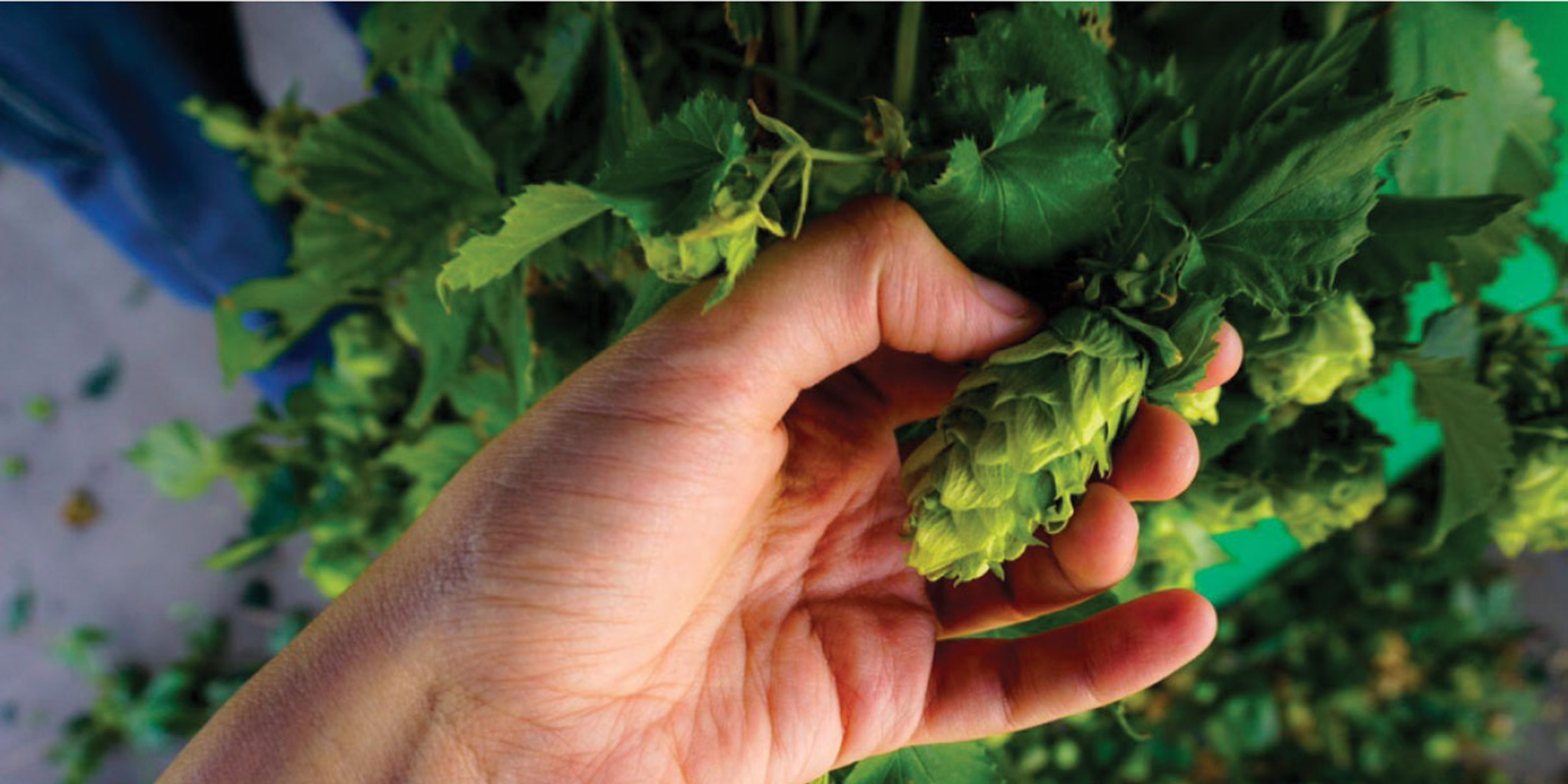 We create each new style of Colorado Native at an altitude of 5,707 feet above sea level in three small, 30-barrel Huppmann copper kettles imported from Germany in 1973.

We begin our brewing process with barley. Unlike most other brewers, the majority of the barley we use is malted in-house. It has been said that barley is to beer as grapes are to wine. All Colorado Native beers are brewed with our unique Moravian two-row barley grown in the San Luis Valley of Colorado. Some styles also include malt from Colorado Malting Company. Our proprietary barley is responsible for the body and mouth-feel of Colorado Native. It also contributes to the beer’s color and provides the malty aroma and taste that will be balanced by our Colorado-grown finishing hops.

Our barley is prepared for brewing by malting it. The malting process begins with steeping, which allows the grain to absorb water and prepares it for germination. From the steeping vessels, the barley is transferred to germination beds where the barley grains sprout, activating the grain’s natural enzymes. Those enzymes help break down the barley’s complex starches and proteins into smaller components that will be ready for mashing on brew day.

At just the right time, we stop germination and begin drying or roasting the malt in a kiln. Kilning can create a wide range of colors and flavors, depending on how long the grain is roasted and under what conditions. When the grain has finished roasting, it has finally become malt suitable for brewing our beer.

Prior to brewing, we crush the malt in six-roller grist mill to break down the husks and expose the starch in the grain. We then combine the ground malt with water in a mash tun, continually stirring the mixture while it is gradually heated. The mashing process converts the malt’s starch to sugar and through control of this step, we regulate the composition of the brew for fermentation. At the end of mashing, we separate out the grain solids. The resulting sweet liquid is called wort, which we send to the brew kettle.

Now, once the wort is in our 30-barrel Huppmann brew kettle, it begins a slow 120-minute boil. At different times during our extra-long, gentle boil, we add hops to give our beer distinctive flavors and aromas. Hops are an essential ingredient in beer, adding bitterness in flavor and a wide range of aromas.

At the end of our boil, we send the wort through a whirlpool to remove any remaining solids from the malt or hops. From there, the wort is cooled and placed in a fermentation tank where yeast is added in to begin the fermentation process.

Brewing yeast are living cells that, when pitched into the wort break down one molecule of wort sugar into two molecules of alcohol and two molecules of carbon dioxide – a process called fermentation. Fermentation takes place over several days. During that time, the yeast also contributes several important flavor aspects that will continue to be refined during the aging process.

After fermentation, we transfer the “green beer” to a cold-aging tank, where it will mature for several weeks. We refer to this as chill-lagering. During this extended cold aging, the remaining yeast settles to the bottom of the fermentation tank and the flavors mature. At the end of our chill-lagering period, we cold-filter the beer. Cold-filtering removes any remaining suspended particles in the beer that would cause it to appear cloudy. Once filtered, the beer is brilliantly clear. Alcohol and carbonation levels are adjusted as the beer is moved to the bright beer tank.

From the bright beer tank, our beer is sent to the small Krones bottle filler. Modern fillers can fill 2,000 bottles per minute; our filler carefully handles 75 bottles per minute. Once the bottles are filled, we hand-pack them in our specially designed cases where they will travel to Colorado bars and restaurants. Our brewing team believes you can taste the difference that comes from being patient and respectful of a German brewing tradition that began in 1868. Our beers take longer to make, but they’re worth the wait.

To discover the ingredients that make Colorado Native, put on some good hiking boots and lots of layers. Our ingredients are sourced from 14,000-foot-high peaks in the snow-covered Rocky Mountains and the world’s largest alpine valley, Colorado’s San Luis Valley.

Unlike most beers brewed in Colorado, Colorado Native is brewed with 100% Colorado grown hops. Colorado Native beers are brewed with up to seven hop varieties, depending on the style: Chinook, Centennial, Nugget, Crystal, Tettnang, Mt. Hood, and Cascade. The Western Slope is home to our hop growers. The map below shows where each of our hop growers is located. Carefully tended and nurtured, our hops balance our malt’s sweetness and are added as an extra finishing step to give Colorado Native beers their special flavor notes. From the first sip to the final pour, its homegrown taste is a crisp, clean reminder of why it is so good to call Colorado home. 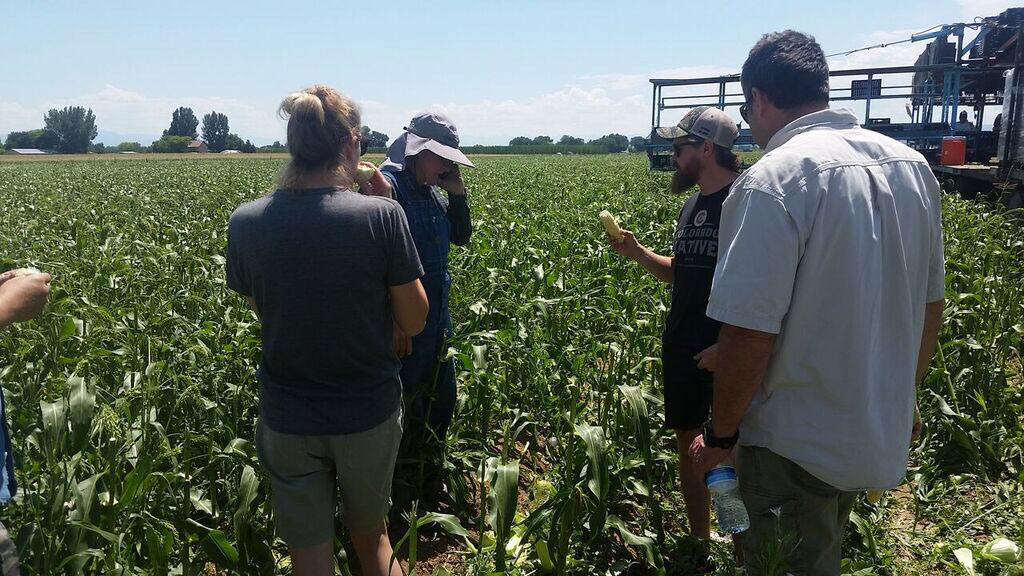 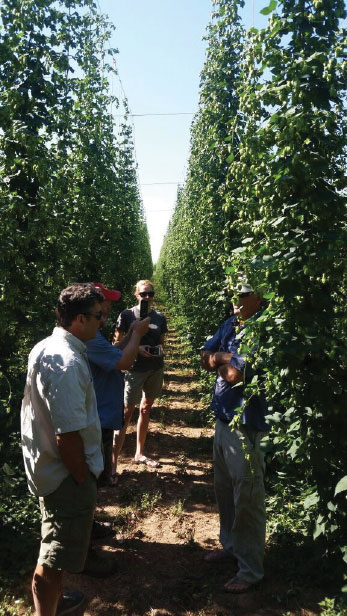 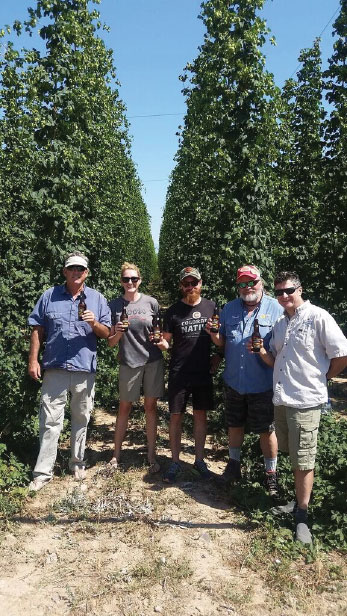 To appreciate our barley, head to the San Luis Valley in south central Colorado. Many beers are brewed using a combination of barley malt from different parts of the country and, indeed, from all around the globe. We brew with in-house malted Moravian barley and specialty malts from Colorado Malting Company. Colorado Native beers are brewed with barley grown in the San Luis Valley of Colorado. It’s in this fertile valley—between the Great Sand Dunes National Park and the Rio Grande National Forest—that our world-renowned two-row Moravian barley is cultivated. The San Luis Valley’s cool evenings and hot, dry days create the perfect growing conditions. Our Moravian barley traces its roots to Moravia—once a part of Czechoslovakia—a nation known for its fine beers. Our Moravian barley was introduced to Colorado in 1936—and has been continually improved to deliver the very best flavor and brewing quality. This coveted barley gives Colorado Native beers their unique body and aroma. Scoop up some San Luis Valley soil. Let it gently sift through your fingers to release its earthy scent, and you’ll understand why we’ve come to this special valley to cultivate the barley for this special beer.

Yeast selection is one of the most important variables affecting beer flavor. There are literally hundreds of varieties and strains of yeast in use in the global brewing industry today. Lager yeasts, however, are unique in that they have the ability to ferment beer at relatively low temperatures in comparison to their ale yeast cousins. This ability to ferment cold originates from the evolution of lager yeasts over time in the caves of central Europe (areas we know today as Czech Republic, Slovakia, and Bavaria), where lager beers were first produced in large quantities beginning in the second half of the 19th century. Through this evolution, lager yeast emerged having two parents—one providing cold tolerance (“lager” is, after all, derived from the German term meaning to store cold!) and a second providing the ability to efficiently ferment and produce ethanol. Thanks to DNA-based technology of “fingerprinting” yeast based on its UPC-like pattern of chromosome fingerprints, Dr. Gregory Casey has proven that two sibling strains of lager yeasts emerged from this first evolution, categorized today as the Carlsberg and Tuborg families of lager yeasts. These were named in honor of the first breweries in the Old World (namely Denmark) to first produce beers using pure culture yeasts, a practice first started in 1883. All lager strains in use today can trace their heritage back to one of these two families of yeast.

Fast-forwarding to the present, descendants of the Carlsberg lager strain are those that are overwhelmingly used by brewers in countries such as Germany, Austria, Canada, Australia, and Denmark. While brewers find Carlsberg lager yeast to be more forgiving to work with in terms of their tolerance during handling and storage, producing the smoothest, most refreshing, cleanest-finishing and sulfur-free lager beer requires brewing and fermenting with a descendant of the more demanding Tuborg yeast. All Colorado Native beers (except Saison and our sour beers) are fermented using a uniquely American descendant of a Tuborg strain with a one-of-a-kind chromosome fingerprint. It is the oldest known strain of brewing yeast in Colorado, first introduced in the state shortly after the end of the Prohibition in the 1930s from a brewery in Munich, Germany, and has been in continuous use ever since.

Colorado Native beers are brewed with water unique to Colorado. Our water starts its journey at the virgin-snow-capped peaks of the Continental Divide, located above 11,900 feet, along Loveland Pass high in the Colorado Rockies. Water from this 400-square-mile watershed cascades over 6,300 feet down to Golden along a path that takes it through historic National Forests. Additional water joins the creek from St. Mary’s Glacier and springs. Through this journey, our water is enhanced by naturally occurring minerals, essential to making some of the best beer in the land. This water is pulled from aquifers upon arrival in Golden and is then combined with other brewing ingredients as special to Colorado as our water to make a beer that is truly Colorado. 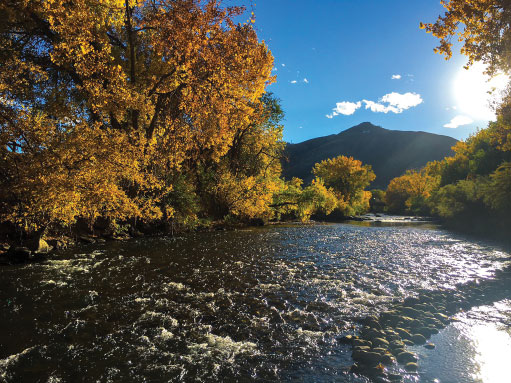