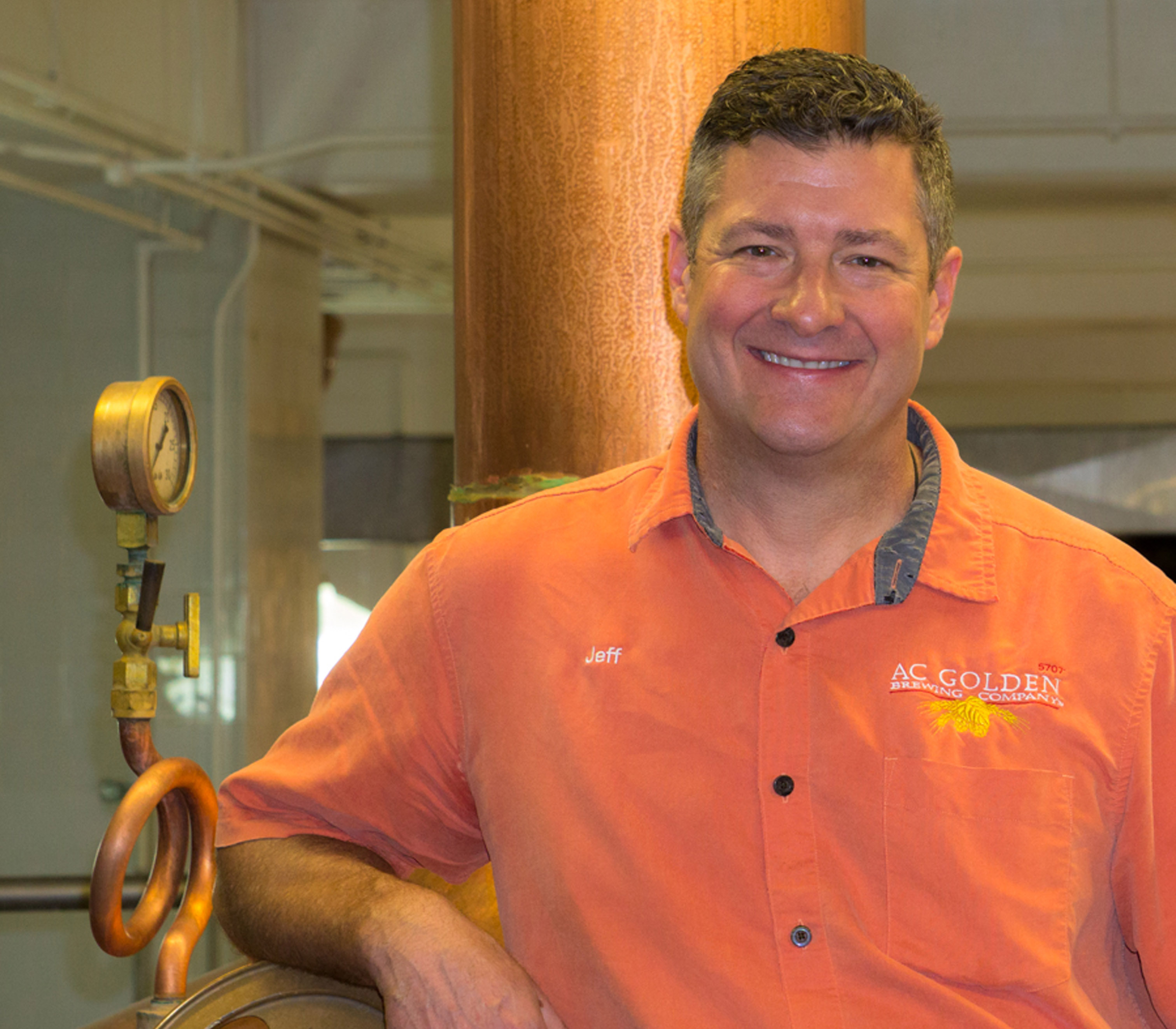 Jeff got into brewing because, as his dad often says, the only thing he studied in college was beer. He began his career in the candy industry but listened to Ogden Nash and quickly moved to wine and spirits. A cantankerous professor convinced him to abandon enology and pursue the malty arts, and he knew he’d found his calling.

Jeff earned his Bachelor’s Degree in Biology and Food Technology from Iowa State University. He is a graduate of the UC Davis Master Brewer’s program, and holds a diploma in brewing from the Institute of Brewing and Distilling. Jeff has worked at five breweries in his 25-year career and is a frequent judge at GABF and World Beer Cup.